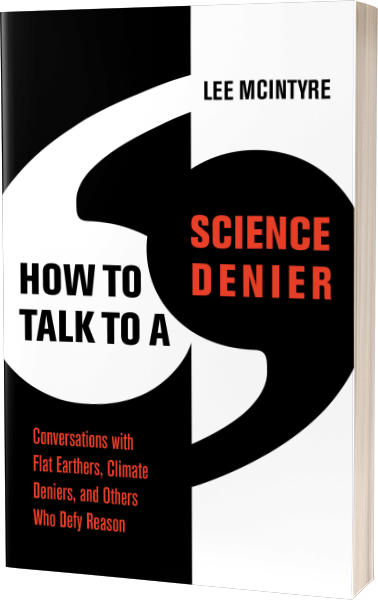 "...we must learn how to talk to science deniers and, in doing so, remember our common humanity. This is an important book. Read it!" 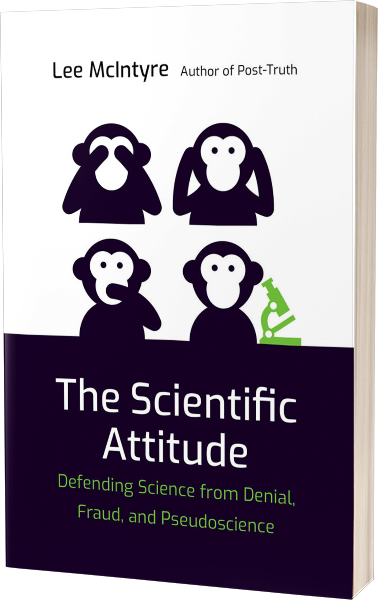 "In this age of fake news and alternative facts, this important book could not come at a more crucial time." 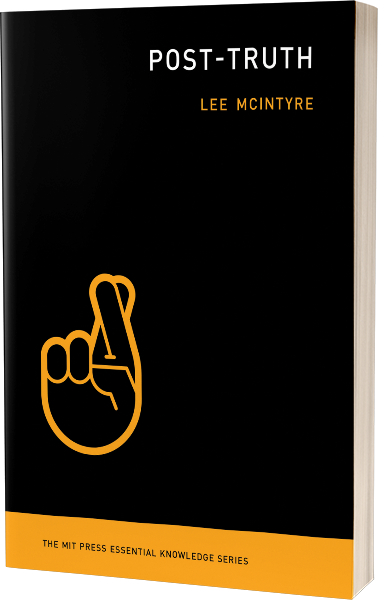 "McIntyre’s book is perhaps the most thoughtful of the post-truth set…." 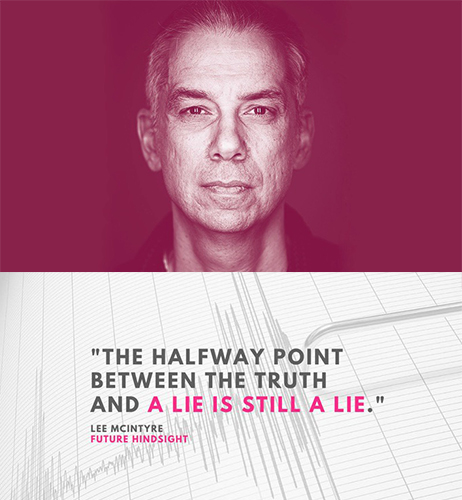 Lee on the Future Hindsight Podcast

Science, facts, truth, and evidence are under attack. Philosophers have been concerned with these topics for years, but where are they now that the world needs them?

In Post-Truth, I set out to explain how we got into this mess, which started with sixty years of science denial, and was exacerbated by cognitive bias, the decline of traditional media, the rise of social media, and other factors. I define post-truth as the “political subordination of reality.” But does this mean that facts and truth don’t matter anymore?

Certainly not. And in fact science provides a set of values that are the direct opposite of post-truth. In The Scientific Attitude, I set out to develop a new understanding of what is distinctive about science and show how this can be used to fight back against science deniers and pseudoscientists. Here I emphasize the idea that scientists care about evidence and are willing to change their minds based on new evidence, which reveals a community spirit of criticism that just might show us the way out of dogma and ideology.

I’m trained as a philosopher—and still keep my hand in scholarship and teaching—but these days my goal is to write philosophy that engages a much larger audience, about the questions that concern us all. Whether in fiction or non-fiction, I’m fascinated with ideas at the heart of what we care about most.

In some sense, this way of doing philosophy is a return to its birthright, when Socrates and his followers considered anything and everything to be a suitable topic for philosophical discussion. They hoped that the pursuit of wisdom might lead not just to more knowledge but also a better life. I’m fascinated with the idea of how we might still make good on this promise, despite all the challenges of the modern era.

Feel free to sign up for my mailing list or email me with your own ideas about how philosophy can be made more accessible and relevant to the quality of human life. I’d love to hear from you.