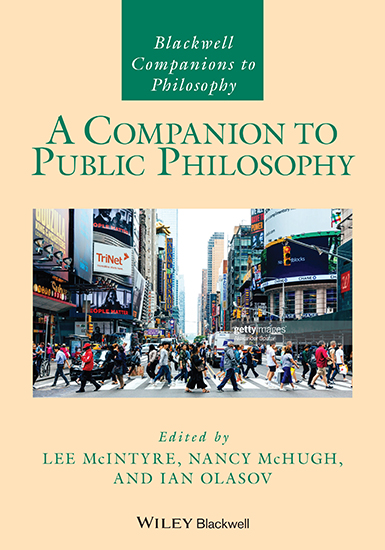 A Companion to Public Philosophy

The first anthology devoted to the theory and practice of all forms of public philosophy.

A Companion to Public Philosophy brings together in a single volume the diverse practices, modalities, and perspectives of this rapidly growing field. Forty-two chapters written by established practitioners and newer voices alike consider questions ranging from the definition of public philosophy to the value of public philosophy to both society and philosophy itself. Throughout the book, philosophers offer insights into the different publics they have engaged, the topics they have explored, the methods they have used and the lessons they have learned from these engagements.

The Companion explores important philosophical issues concerning the practice of philosophy in the public sphere, how public philosophy relates to advocacy, philosophical collaborations with political activists, locations where public philosophy can be done, and more. Many essays highlight underserved topics such as effective altruism, fat activism, trans activism, indigenous traditions, and Africana philosophy, while other essays set the stage for rigorous debates about the boundaries of public philosophy and its value as a legitimate way to do philosophy.

A Companion to Public Philosophy is essential reading for philosophers from all walks of life who are invested in and curious about the ways that philosophy can impact the public and how the public can impact philosophy. It is also an excellent text for undergraduate and graduate courses on the theory and practice of public philosophy as well as broader courses on philosophy, normative ethics, and comparative and world philosophy. 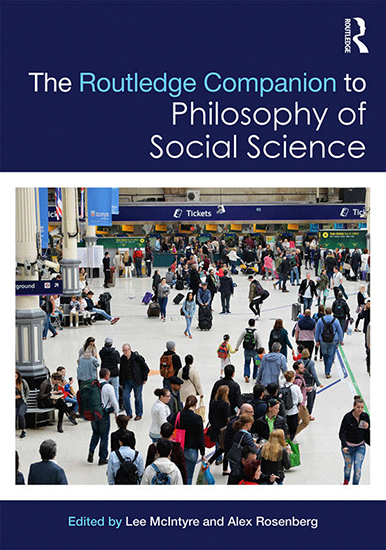 The Routledge Companion to Philosophy of Social Science is an outstanding guide to the major themes, movements, debates, and topics in the philosophy of social science. It includes thirty-seven newly written chapters, by many of the leading scholars in the field, as well as a comprehensive introduction by the editors. Insofar as possible, the material in this volume is presented in accessible language, with an eye toward undergraduate and graduate students who may be coming to some of this material for the first time. Scholars too will appreciate this clarity, along with the chance to read about the latest advances in the discipline. The Routledge Companion to Philosophy of Social Science is broken up into four parts: 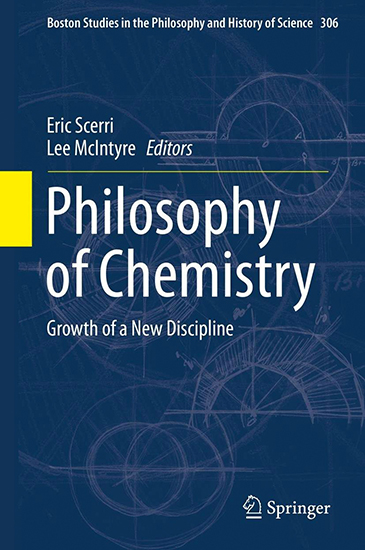 This volume follows the earlier successful book in the same series, which helped to introduce and spread the Philosophy of Chemistry to a wider audience of philosophers, historians, and science educators, as well as chemists, physicists and biologists. The introduction summarizes the way in which the field has developed in the ten years since the previous volume and introduces several new authors who did not contribute to the earlier book. The editors are well placed to assemble this book, as they are the editor in chief and deputy editors of the leading academic journal in the field, Foundations of Chemistry. The philosophy of chemistry remains a somewhat neglected field, unlike the philosophy of physics and the philosophy of biology. Why there has been little philosophical attention to the central discipline of chemistry among the three natural sciences is a theme that is explored by several of the contributors. This volume will do a great deal to redress this imbalance. Among the themes covered is the question of reduction of chemistry to physics, the reduction of biology to chemistry, whether true chemical laws exist and causality in chemistry. In addition more general questions of the nature of organic chemistry, biochemistry and chemical synthesis are examined by specialist in these areas. 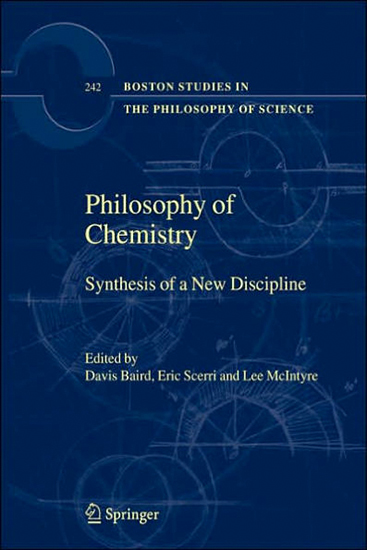 “This collection of nineteen papers is the result of a conference organized by the International Society for the Philosophy of Chemistry (ISPC) held in 1999. It … will be read as, a landmark in the history of the philosophy of science. … This volume testifies that … chemistry has a philosophy of its own.”
—Bernadette Bensaude-Vincent, Nuncius, Vol. XXI (2), 2006
“This seems to indicate that the philosophy of chemistry is still in the process of synthesis, rather than a stable product of disciplinary consensus. … There is material here of interest not just to philosophers, but also those with interests in history and philosophy of science and indeed the study of science and technology more broadly. … for those who are curious, this volume would be a very good place to start seeking illumination.”
—Grant Fisher, Metascience, Vol. 16, 2007 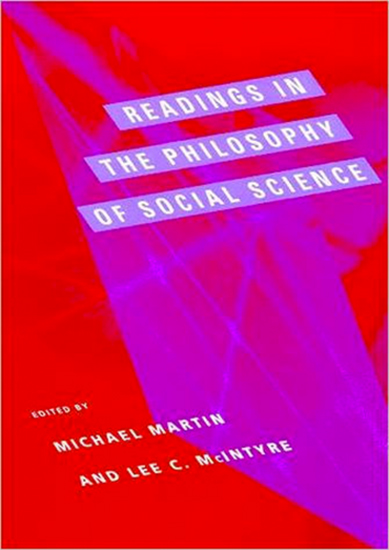 Readings in the Philosophy of Social Science

This is the first comprehensive anthology in the philosophy of social science to appear since the late 1960s. Covering all of the major areas in the discipline, it will serve as the standard source for scholarship in the field and could be used as the basis for an entire course.

The anthology offers one complete, convenient, and well-chosen selection of readings, plus three specially commissioned articles that encompass the entire range of topics in the field and cover both sides of currently hot debates about explanation, methodological individualism, and the special sciences. The introductions to each section provide a map through the discipline.